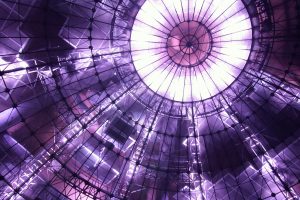 We use narrative substitution to explore the potential resonance of brand stories. A lot of our work is about establishing correlations between narrations, and enriching the brand narrative by referring it to other narrative frames and patterns in the culture.

The entertainment industry is for us a very important source of analysis regarding the narrative frames that underpin today’s psyche and society.

Some narrative patterns emerge in the popular entertainment culture and these trends are a great source of inspiration to work on foundational narratives. We collect and analyse narrative trends as they emerge, and we aggregate these to inspire our brand development projects.

Here are some examples of narrative trends of particular power in today’s popular narrative culture:

Rebellion against the status quo: Hunger games, Oblivion, 12 Years a slave, in a world of complexity, ruled by dynamics which people feel are out of their direct control, rebellion is a theme that resonates deeply and generates powerful resonance.

Quest of identity: Super Man, but also a lot of Super Hero re-narrations of Marvel’s stories, are re-written with a particular focus on identity. At a time where traditional identities have been challenged by societal evolutions, such narratives help people answer some fundamental identity questions (definition of masculinity, definition of parenting, definition of aging…). This is also the force behind narratives where the quest portrayed is about the self: Harold and Maud, or Benjamin Button.

Quest of origin: linked to the previous theme, and as such, a variant of quest of identity, a lot of narratives propose origin as the source of a true identity unveiled to the seeker through the quest. Origin seekers can be found in various contemporary narratives, the Harry Potter movies, or Game of Thrones, for example.

Reboot: with Edge of Tomorrow, Interstellar or Groundhog Day, for example, a lot of popular narratives play with the notion of rebooting one’s life, ‘rewind and replay’. Time loops fascinate our society, because the re-invention of the self is a profound aspiration, and also we feel the modern world has made it possible (plastic surgery, psychological treatments, coaching).

Believing in who I am, self-assertion: in a hyper individualist society, one might say a society that encourages narcissism, a wide spread opinion is that success comes from believing in oneself and asserting one’s needs and desires. This game of egos is at the heart of Game of Thrones, it is also self assertion that allows rebels to win over Goliaths in Rebellion narratives.

Back to What we do.