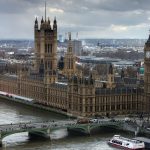 Rule one of brainstorming: you can’t veto ideas. Usually, people yawn when the rule is laid out, because they’ve heard it over and over again.

There is a reason for the rule: most brainstormings are there to test where people’s hearts are, rather than genuinely look for new ideas. (They’re called disguised alignment meetings).

Either way, “voting against” is counter productive to both consensus seeking and ideation / idea generation.

The British Parliament has decided to put Brexit to a selection process sort of brainstorming, versus an ideation session, as evidenced by the propositions that were put to vote, of which not one was new.

Yet, Parliament has decided to ignore rule one superbly: the result is flummoxing.

Eight propositions were put to vote, and rejected.

Let’s hope they fix it before Monday, unless of course Government finally separates WA and PD and gets WA through tomorrow!